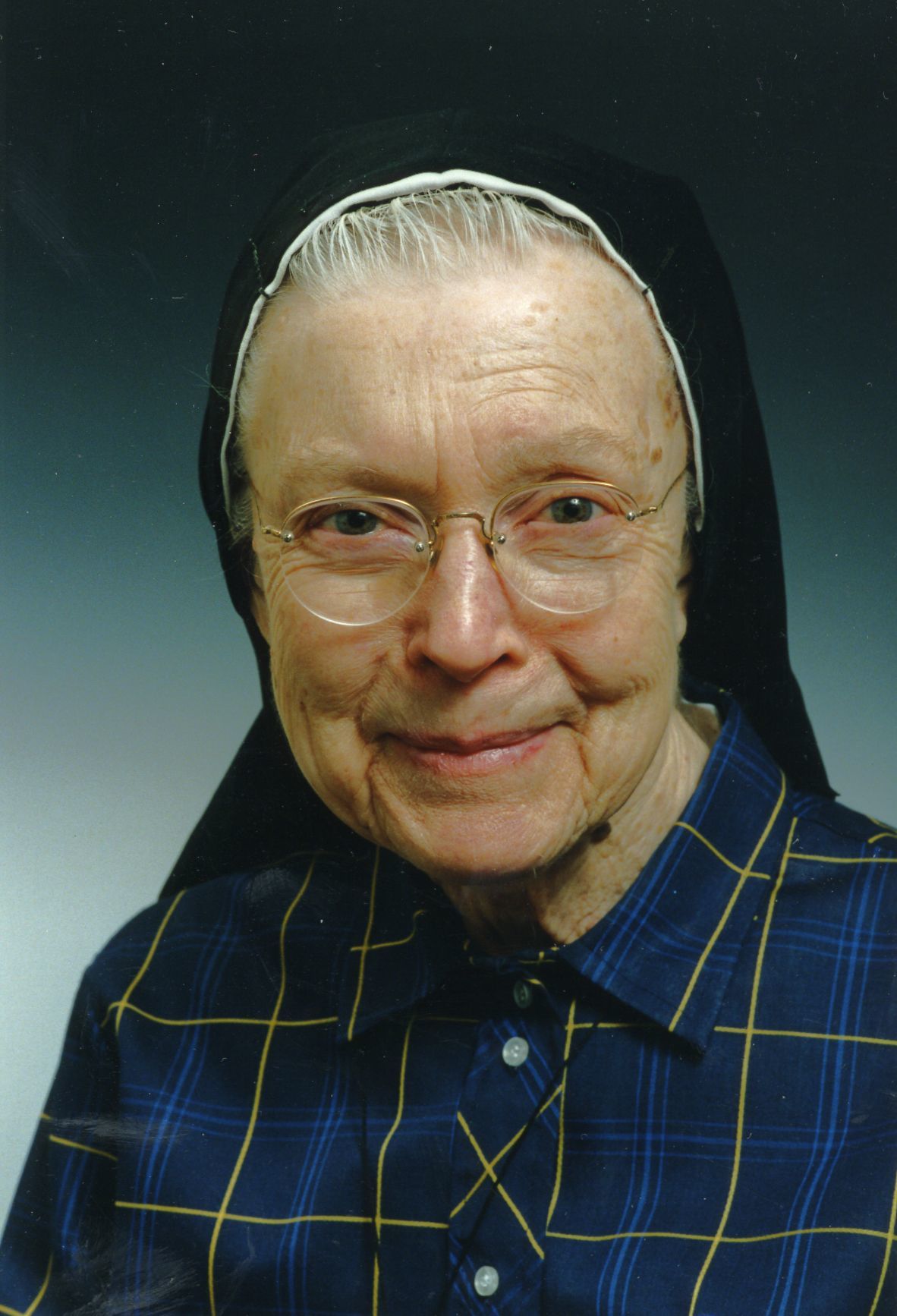 Sister Clement was born June 30, 1912, in New Munich, Minn. to John and Elizabeth (Block) Funk.  The second of seven children, she was baptized Mary.  Even as a preschooler, Mary wanted to be a sister and was encouraged by her aunt who was a Franciscan sister and by the example of the Benedictine sisters who taught her in grade school.

Despite being Minnesota-born, Sister Clement soon had her heart in North Dakota. She arrived by train in 1934 at the beginning of the dust storm years and quickly developed a love for the people of North Dakota.  She transferred her monastic commitment to Annunciation Monastery when it became an independent foundation in 1947.

Sister Clement had a deep faith in God and a special joy for her was praying the Liturgy of the Hours and attending the Eucharist.  She also had a global vision and when reading the newspaper would write on little pieces of paper people and places that needed prayer.  Often during the Eucharist, she would pray for a social justice intention.

She will be remembered for her dedication to her students, her simple lifestyle and her great kindness to all she met.  She was especially close to her family and enjoyed visits with them.