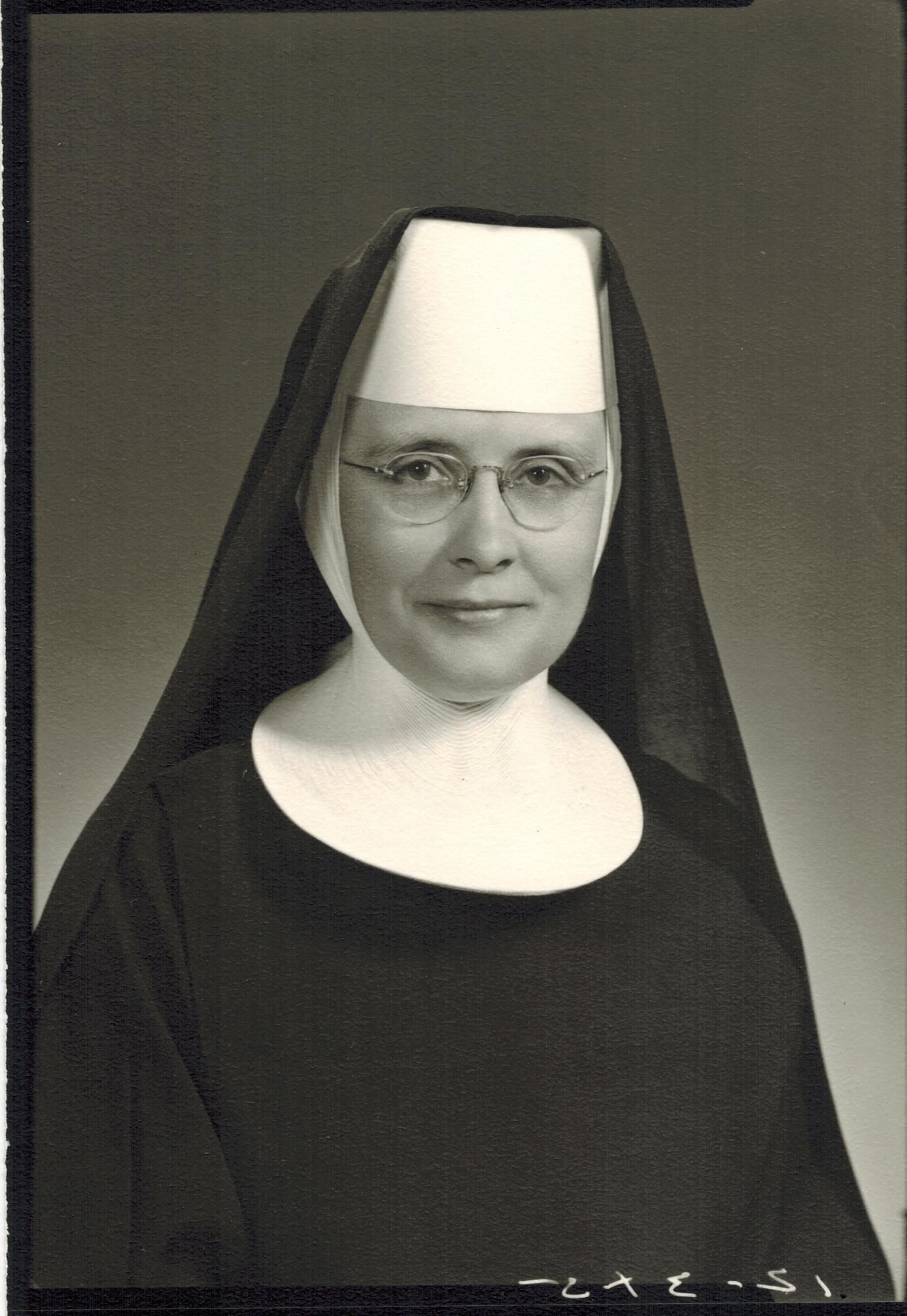 Sister Edane Volk, 101, a founder and the second prioress of the Benedictine Sisters of Annunciation Monastery, Bismarck, entered eternal life Dec. 21, 2009, at a Bismarck care center.  By virtue of her role as prioress, she was also the first president of the University of Mary when it began in 1959.

She entered St. Benedict’s Monastery, St. Joseph, Minn. in 1926 and made monastic profession on July 11, 1928.  With the love of music in her heart, she spent the next 25 years teaching music and playing the organ in schools and churches in Dickinson and Mandan.

In 1953 she was elected prioress of Annunciation Monastery, a position she held until 1966.  Under her leadership, the Benedictines built a new monastery designed by noted architect Marcel Breuer, began the University of Mary, staffed a number of Catholic schools and opened rural hospitals.  There were also expansion projects at St. Alexius Medical Center and Garrison Memorial Hospital.

“It is the Lord’s work,” she often said. “But we have to do our part by donating not only our work but also our lives to God.”

As prioress she was grounded in her love for monastic life and deeply reliant on the sustaining grace of God. She recognized others’ gifts and graciously delegated authority to sisters she appointed to various positions. An even temperament, a gentle and pleasant personality and firmness in self-discipline made her a trusted community leader.

After her tenure as prioress, Sister Edane taught private piano lessons at the Cathedral Music Studio and lived with the sisters at St. Alexius Medical Center where she was organist.

In 1987 she retired to the monastery where she volunteered wherever she could and spent her time in prayer ministry. She will be remembered with gratitude by her monastic community.

She is survived by nieces and nephews and the Sisters of Annunciation Monastery.