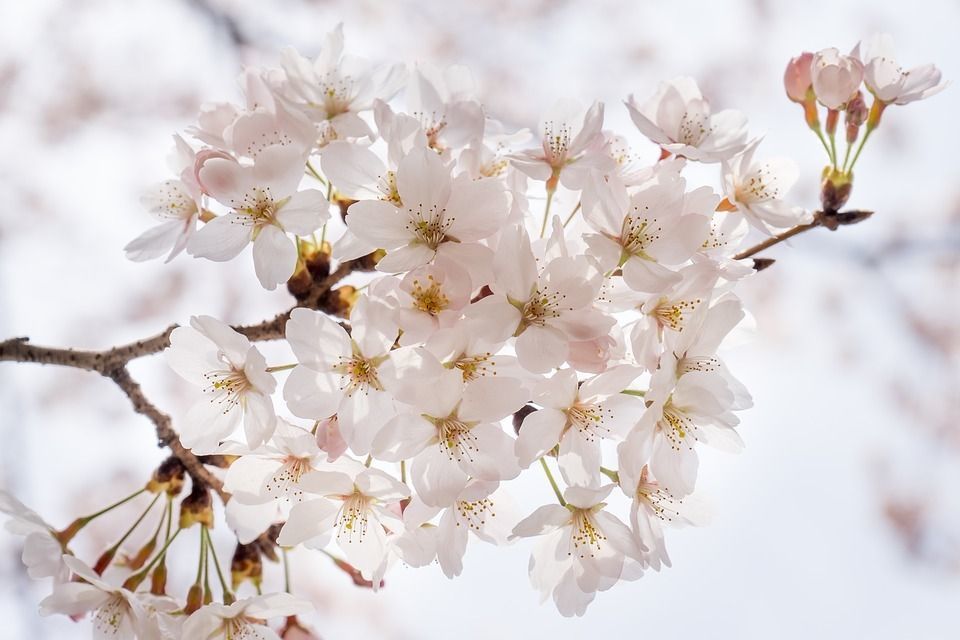 In Mark’s telling of the Passion of our Lord, there are no less than six descriptions of Jesus’ pain and angst—passages that elicit within us feelings of sadness and sorrow, disgust and anger at the betrayal and suffering that Jesus would undergo, as well as the amazement at Jesus’ calm response to his persecutors, and tender and obvious trust and love for his heavenly Father.

But at the very beginning, Mark reminds us of a person whose love and devotion to Jesus we ought to recall. Indeed, Jesus said of her, "Wherever the gospel is proclaimed, what she has done will be told in memory of her."

I missed the story about the first 20 times I reflected on this gospel.  Let me recount it to you.  “When he was in Bethany reclining at table in the house of Simon the leper, a woman came with an alabaster jar of perfumed oil, costly genuine spikenard.  She broke the alabaster jar and poured it on his head.  There were some who were indignant. ‘Why has there been this waste of perfumed oil?  It could have been sold for more than three hundred days’ wages and the money given to the poor.’  They were infuriated with her.  Jesus said, ‘Let her alone.  Why do you make trouble for her?  She has done a good thing for me…She has anticipated anointing my body for burial.  Amen, I say to you, wherever the gospel is proclaimed to the whole world what she has done will be told in memory of her.’”

As I reflected on the Lord's Passion, and on this woman’s great love in particular, I recalled a short story by Oscar Wilde called "The Selfish Giant."  As the title states, it's the story of a selfish giant. He has a castle with a beautiful garden. But he wants it for himself alone. To keep the neighborhood children out, he builds a wall around the garden. He was so selfish and possessive of his beautiful garden, that Spring decided she would stay out too, and so it happened that in his garden it was always winter.

Eventually, his heart softens, and he regrets his selfishness. He performs a small act of kindness to a little boy. And in turn the little boy gives him a small sign of love–a hug, and kiss–and the giant is transformed. One wonders how long it had been since the giant was shown even that smallest act of love.

Well, the giant grows old and every year, with the arrival of spring, he delights in the children who play in his garden. But the little boy he never sees again.  And here is the part that reminds me of the woman in today’s gospel.  Listen as I read the ending: “By now the giant was quite old and feeble. One late winter morning he was looking out his window. …Suddenly he rubbed his eyes in wonder and looked and looked. It certainly was a marvelous sight. In the farthest corner of the garden was a tree quite covered with lovely white blossoms. Its branches were all golden, and silver fruit hung down from them, and underneath it stood the little boy he had loved.  Downstairs ran the Giant in great joy, and out into the garden. He hastened across the grass and came near to the child. And when he came quite close his face grew red with anger, and he said, 'Who hath dared to wound thee?' For on the palms of the child's hands were the prints of two nails, and the prints of two nails were on the little feet.

'Who hath dared to wound thee?' cried the Giant; 'tell me, that I may take my big sword and slay him.'

'Nay!' answered the child; 'but these are the wounds of Love.'

'Who art thou?' said the Giant, and a strange awe fell on him, and he knelt before the little child.  And the child smiled on the Giant, and said to him, 'You let me play once in your garden; today you shall come with me to my garden, which is Paradise.'

And when the children ran in that afternoon, they found the Giant lying dead under the tree, all covered with white blossoms.”

That one short line—“but these are the wounds of Love." That's what connects this story with the Passion. And perhaps, it explains why this woman spent this expensive oil to gently anoint Jesus.  She did not keep it for herself but freely gave it away to the one who would bear the wounds of love for her and for us.

Her story may well explain a bit about our lives–yours and mine–living Benedict’s directives to serve and love one another–to love the juniors and respect the seniors.  To see the wounds within ourselves and within one another and know that they are wounds of love.